Blane and Kyle went to the inaugural XPO Game Festival in Tulsa, Oklahoma last weekend, being the first-ever game festival of its kind in the midwest, things were bound to get interesting.

Blane:
This was the first time I had ever been to that part of the country and it was interesting to see the differences between major city in Oklahoma and a major city in Georgia. While Tulsa may not be a bustling metropolis like Atlanta, it has character and a certain charm that appeals to people. Taking cues from its host city, XPO Game Festival was not a huge festival or convention like PAX, but it was unique and had a special appeal. Having attended conferences like PAX, GDC, and DragonCon, XPO Game Festival was a nice change of pace from the usual hustle and bustle that typically comes with gaming conventions.

VisitTulsa pulled out all the stops for XPO. They knew that the people of the midwest deserved their own full-sized gaming event and they aim to create that event with XPO. Featuring a massive gaming hall, retro arcade, VR play space, panels, tournaments, vendors, and much more, there was always something exciting happening at the show floor and the attendees loved every moment. Chatting with some of the locals about the event revealed that there was a real desire for an event like XPO. Everyone was excited to explore the show floor! 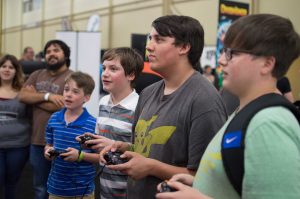 XPO brought in some high-profile guests to speak and share their knowledge of working in games with attendees. Tramell Isaac (Art Director at Boss Key Productions) and Jacky Ke Jiang (Art Director at thatgamecompany) wowed audiences with their stories of how they got into games and even took the time to answer one-on-one questions from anyone who had questions to ask. Art wasn’t the only thing in the spotlight, Susan Arendt (Executive Editor at GamesRadar+) talked about game journalism and writing, and Nick Chester (PR Manager at Epic Games) shared his experiences working in communications in the games industry. The crowd was ravenous for knowledge and games, and XPO was the first opportunity they had to quell their hunger. 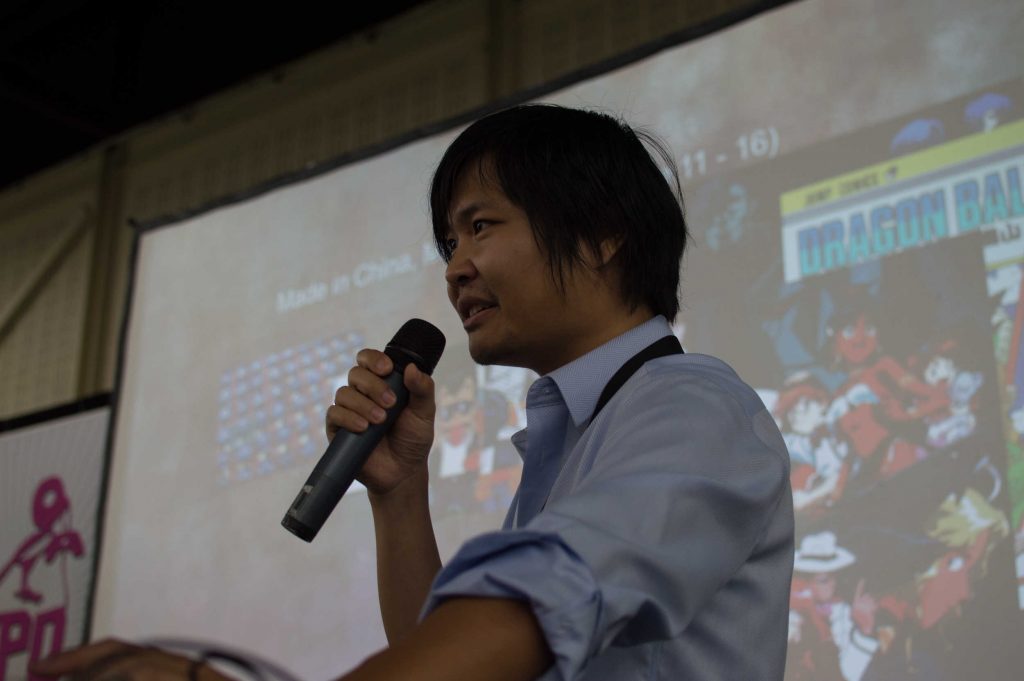 Exploring Tulsa was an adventure all by itself. Kyle and I gathered some friends and we walked from one end of the city to the other; which turned out to be a great idea. We stumbled across some really cool sites around town and we even found the center of the universe — seriously!

All in all, the inaugural XPO Game Festival, while small, was fun. Everyone seemed to enjoy themselves and there was talk of people already making plans to come back next year. It’s right on the verge of becoming something special and unique to the midwest, and I look forward to working with them in the future to help guide the festival in the right direction.

The inaugural XPO Game Festival in Tulsa, OK was something of a “jarring” experience. Not to say it was unpleasant, but regularly going to large events like Boston or Seattle’s PAX East and West, respectively, or the industry-centric E3 in Los Angeles dwarfs something that is the first of its kind. Tulsa is the very definition of small town, as walking the streets poses little danger on a weekend due to the absence of cars and Sundays are quiet and empty due to observations of the Lord’s day. That said, XPO has serious potential to be something special for the quiet city of Tulsa and with some slight changes, XPO could be huge in a handful of years. 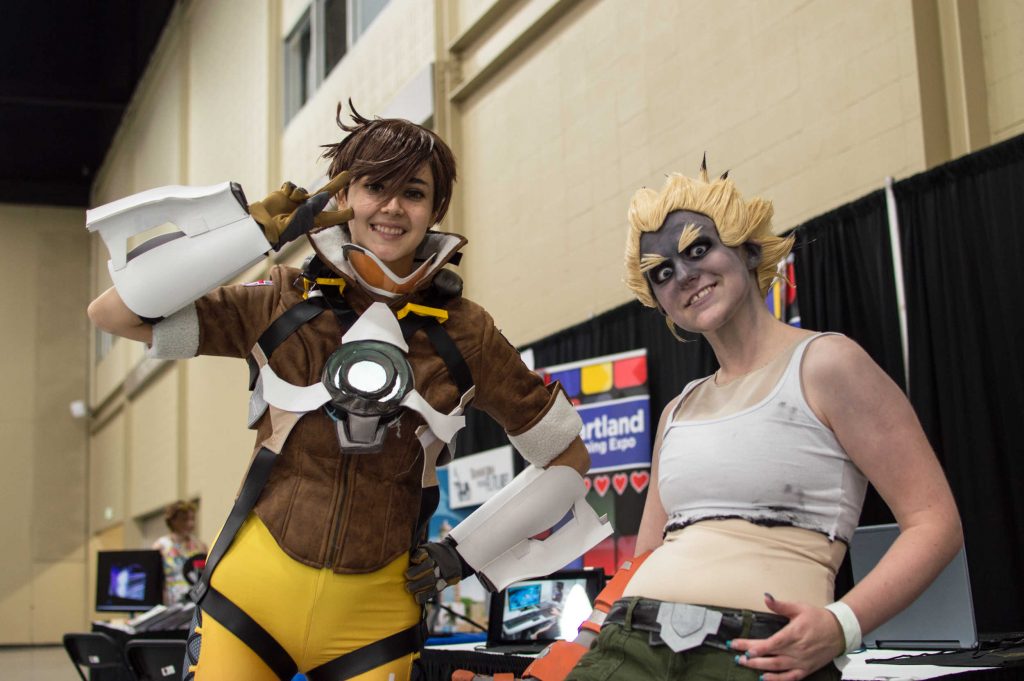 Visit Tulsa held nothing back as they invited speakers and developers from all over North America to be present for the event. Though not everyone accepted, the several who did were centerpieces for the small event. Developers like Berzerk Studios and Butterscotch Shenanigans were able to show off their titles like Just Shapes & Beats and Crashlands, exposing their beautiful indie titles to the people of Tulsa who may have otherwise never heard of them. Speakers included high profile guests like Epic Games’ Nick Chester and GamesRadar+’s Susan Arendt who bestowed their knowledge of both sides of the games industry to the ravenous people of Tulsa. Several other speakers had their chance to shine with both solo panels and group panels, including Gameranx’s YouTube phenomenon Jake Baldino, renowned freelance journalist Robert “DCD” Workman, and the BlondeNerd herself Brittney Brombacher! 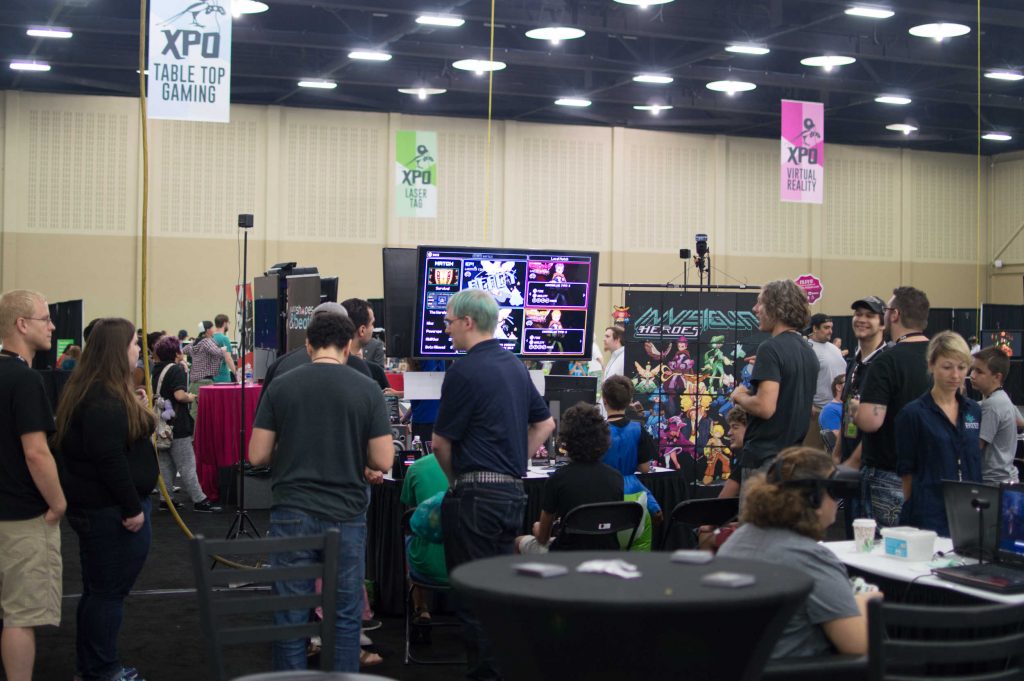 Moreover, XPO had virtual reality setups for many of its budding indie games, an area for laser tag, several vendors with lovely wares, and even an Escape Room setup that had participants solving a series of puzzles to make their way out of the enclosed space. Though small, there were certainly enough gizmos and gadgets to lure out the nerds and geeks of Tulsa with a pretty good time.

Outside of XPO, Tulsa itself is a pleasant place. Blane and I took a small crew of speakers and developers around the town for some adventures, taking in some of the beautiful street art of the city and stumbling across a live concert for the local folk. The people of Tulsa, for lack of a better phrasing, feel real. They’re just good, normal people who aren’t trying to hide themselves behind any facade or impress anyone with outrageous feats. And they sure do love their sports, as local barbecue joint Albert G.’s exploded with raucous cheers during a Seahawks game. 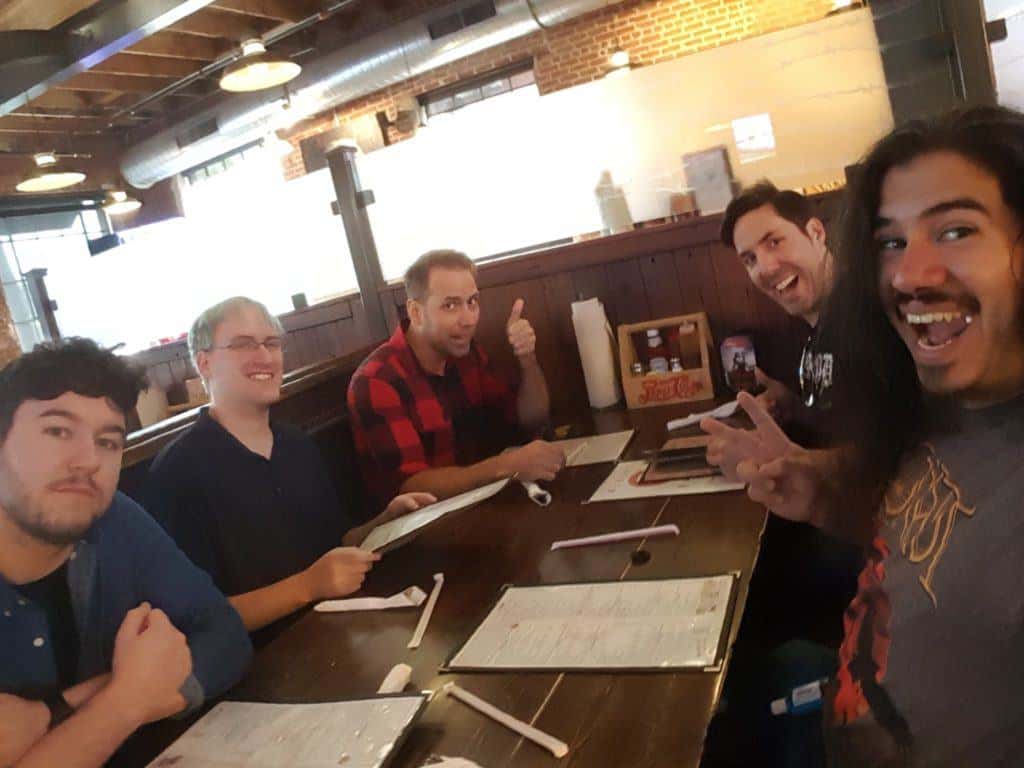 XPO represents potential. It will be excellent to see it grow. There is definitely a desire for it within the small city and, deeper still, a hunger for just that kind of event.