Wunderling is now available on Nintendo Switch and Steam! In this fast-paced 2D puzzle platformer from Swedish studio Retroid, you’re the boss because you play as a low-level video game goon that has just unlocked the ability to jump. The game features impeccable pixel art, non-stop action, and a memorable soundtrack by Ratvader (Oscar Sidoff Rydelius).

Wunderling is all about “trading places” and breaking the rules! So rather than a hero, you play as a minion (think Goomba) who simply wants more out of life – and to make things even more interesting, the supposed hero is actually the bad guy … known as “Carrot Man.”

As the Wunderling, you are revived by your master – the evil sorceress Kohlrabi, who seeks to tighten her hold on the Vegetable Kingdom and defeat Carrot Man. But to get the job done, she sweetens the deal and decides to give you the power to JUMP! 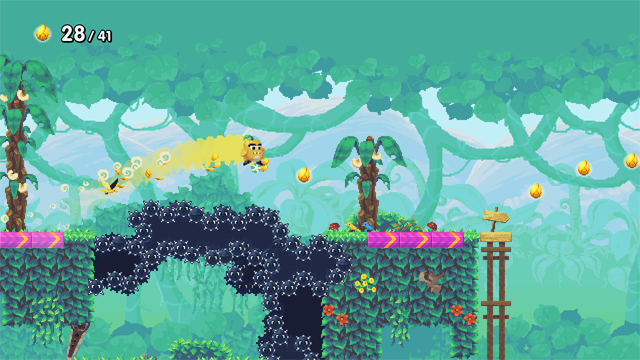 You’re the boss in Wunderling because you play as a video game goon who has the ability to JUMP!

Wunderling is now available on Nintendo Switch and Steam. The game has been featured in a number of outlets – including Nintendo Everything, GoNintendo, Perfectly Nintendo, NintendoSoup, Operation Rainfall, and NintendoLife.