Ready has been adding new titles at a breakneck pace in the past few weeks, including: Vaxx! – in which players match two types of vaccines to the corresponding viruses; and the environmentally-conscious Trashed, where you can help a sea turtle dodge ocean trash to survive. 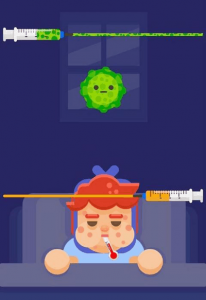 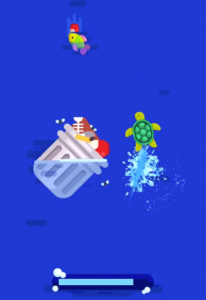 These are just two recent games that have been added as part of what Ready calls “the Saturday Night Live approach to gaming” (culturally-relevant games that are not only fun, but actually in sync with current events). Vaxx! is aimed squarely at the current vaccination crisis in Brooklyn – and Trashed was inspired by news earlier this year surrounding the death of a whale in the Philippines with almost 90 pounds of ocean trash in its stomach.

What is The Ready Games?
The Ready Games is the most active casual eSports tournament in the world. We’re talking 130+ rotating original mini-game tournaments just in the last 6 months.

Both iOS and Android users can compete for real money by playing fun mini-games:

The Ready Games has been featured in a number of outlets – including VentureBeat, Invision Game Community, Gaming Cypher, Android Headlines, Gamey News, and Appolicious.

Read more about The Ready Games and Ready here.