What a great time we’re having working on Super Phantom Cat — a retro-inspired 2D platformer created by Chinese developer Veewo Games. The joy and love put into this game is clear with every element — which is probably why SPC has already been featured in the App Store three times and was considered as one of the “Best of 2016” from the App Store in Mainland China! In addition to handling the game’s launch, we’ve been conducting a social media marketing campaign — creating text, social media comps, gameplay videos, and even “meme” gifs that combine SPC game elements with familiar live-action gifs shared online. Thanks to Novy Creative’s Julie Morley and Cat Wendt for coming up with some super creative ideas 🙂

Paying homage to the 8- and 16-bit classics in Super Mario Bros., Donkey Kong Country and Sonic The Hedgehog, Super Phantom Cat players take on the role of Chemist White and embark on an action-packed journey through the “Phantom World.” SPC is filled with challenges that will make any platforming fan jump for joy. The game is now available for FREE (with in-app purchases) for the App Store and Google Play! 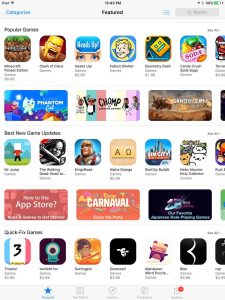 Super Phantom Cat has been featured in the App Store three times so far!

Super Phantom Cat was considered as one of the “Best of 2016” from the App Store in Mainland China!