Patchwork: Piecing It Together

We were thrilled to work with Digidiced again when the German studio brought the Tetris-like, strategic tile placement and hand-stitched aesthetic of Uwe Rosenberg’s award-winning board game, Patchwork, to mobile devices. True to the original design, players can compete against quilters all over the world in ranked and casual matches or play against the game’s AI to create the nicest, most complete quilt. Patchwork is available for iOS, Android, and Windows devices and was featured in the App Store. 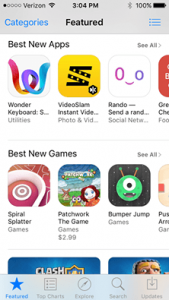 Patchwork was featured as one of the “Best New Games” on the App Store!