Indy PopCon 2015: The Little Con That Could

Pop culture conventions in Indiana are sort of an anomaly. Indiana is a small state — away from any notable big cities. So when a con sets up shop in Indianapolis, you know it has to be special in some way. This appeared to be the case with Indy PopCon 2015, so I decided to go to the convention to see what was up and meet a few clients. What I found was interesting, to say the least. 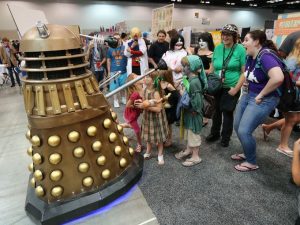 Indy PopCon first made the journey to Indianapolis last year. The first event was funded via a Kickstarter which managed to raise $16,584 — a little over $4,000 more than its funding goal of $12,000. In its second year, the convention appears to have grown, but it’s also apparent that it’s still in its infancy.

I went to Indy PopCon expecting the things you’d usually see at a convention: tons of guests, expensive food, and packed areas. To my delight, the food was pretty affordable, at least by convention standards: a meal of french fries and chicken tenders only cost me $5! However, I was disappointed by some of my other findings.

While yes, the convention was packed with celebrities like Troy Baker (The Last of Us), Malcolm Goodwin (iZombie), and Ciara Hanna (Power Rangers Megaforce), actually finding some of these celebrities proved to be rather difficult because of how the event was organized. The main event was packed into one room that housed vendors selling all sorts of item and celebrities who were doing signings, taking photos with fans, and participating in panels. The stage where each panel was held was small and placed in a dark section of the room. Unfortunately, celebrities were also doing photo ops with fans in this same area. So instead of getting its own section with ample lighting, the photo ops section was small, could barely be seen, and was severely overshadowed by the panels. Did I mention celebrity signings were in a completely different section? Yeah, I wasn’t too happy when I finally found where the photo ops were because I missed getting a photo with Ciara Hanna. 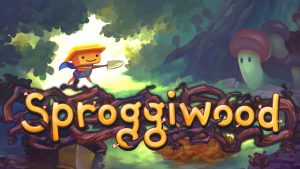 Lucky for me, the rest of the convention was pretty good. I got to meet Brian Bucklew, one of the founders of Freehold Games, the studio behind Sproggiwood. I also talked to Sam of Butterscotch Shenanigans about their upcoming game, Crashlands. 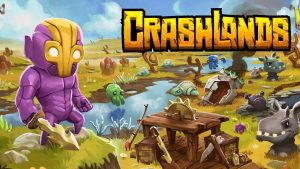 Beyond gaming, there were obviously quite a few vendors on the show floor. People from all over were selling Attack on Titan plushies, Steven Universe prints . . . and so much Dragon Ball Z that even Goku wouldn’t know where to put it all.

So was Indy PopCon 2015 a success? Well, yes and no. I appreciated being able to meet some of the developers and purchase some trinkets based on my favorite shows, but Indy PopCon lacked proper organization, which hampered my experience. Hopefully, next year will be different — and “the little con that could” will prevail!