ICEX (España Exportación e Inversiones), a public entity whose mission is to promote the growth of Spanish games overseas, will host some of the most promising and celebrated companies in the region March 19-22 at the 2018 Game Connection America (GCA) and Game Developers Conference (GDC).

ICEX provides its services through a network of 31 provincial and territorial directories of commerce in Spain and has almost 100 economic and commercial offices overseas. ICEX also has 28 business centers abroad that offer Spanish companies temporary infrastructure as incubators.

Novy Unlimited has launched more than 500 games across all major platforms since it was founded by Jeannie Novak and Luis Levy in 2011. With public relations as a foundation, the company also helps developers large and small succeed through marketing, social media, community management, creative services, production/development consulting, and much more. Novy has worked with studios from all over the world – from solo projects to mid-sized publishers in Europe, Asia, Australia, Canada, South America, Latin America, the Middle East, and the United States. 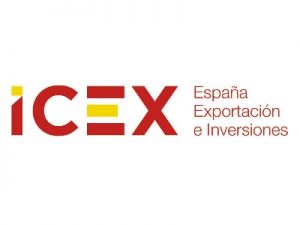 Spanish Video Game Industry & ‘Games From Spain’ Initiative
The video game sector in Spain is a young and innovative industry – with global vision and high growth potential; the industry turnover reached 617 million euros in 2016 – a 21% increase over 2015. The Spanish video game industry is expected to grow by 23.6% per year – reaching 1,440 million euros in turnover by 2020. Composed of 450 companies and 130 new studios, the Spanish game sector supports more than 5,000 artists and entrepreneurs.

‘Games from Spain’ is the umbrella brand created by ICEX for the promotion of Spanish companies that are active in the game industry. Under this brand, ICEX is handling the participation of Spanish developers and publishers at GDC 2018 – and is also providing specific training and promotional activities.

Bambo Studio
Bambo Studio boasts an extensive roster of mobile sports games. The developer is currently working on an ambitious mobile soccer game (not yet announced). They’re also open to other sports and are looking for opportunities to co-produce new titles and work with proven mobile publishers.

Genera Games
A leading developer of platform games and apps, Genera Games believes that innovation and creativity are the keys to creating mobile games that amaze, inspire, and bring a little bit of fun to everyday life. The team has collaborated with companies such as Dreamworks, Disney, Mattel, Hasbro, Paramount, and LucasFilm.

IDC/Games
IDC/Games is a game publisher that specializes in taking games to global markets. Part of Nvia Group and with more than 10 years of experience, IDC/Games has the insight to identify what, where, when and how games will reach success.

Lab Cave Games
A developer and publisher of more than 300 casual games (achieving 150M+ organic downloads), Lab Cave Games is now part of the Fibonad Corporation and prides itself on having a deep understanding and identification with current developer needs – with the goal of applying experience and business intelligence to great products and maximizing their reach and revenue.

PlayCom
PlayCom has reinvented influencer marketing for games. The company was founded by serial entrepreneurs with a successful track record in building affiliate networks and online marketplaces. The team consists of native speakers in 7 languages – and the company has offices in Madrid, Barcelona, and Berlin.

PlayGiga
PlayGiga offers new distribution channels to PC publishers and developers through a worldwide Cloud Gaming streaming platform used by top-tier telcos, major media groups, and via direct B2C. PlayGiga has developed a proprietary technology that allows our clients to deliver a strong catalogue of cherry-picked games in real time. No need to buy a high-end PC. No need to buy games. Just sit back and enjoy the magic of cloud gaming.

Raiser Games
Raiser Games is a next-generation publisher for mobile, console, and PC games. The team offers a deep knowledge of these platforms and the whole gaming ecosystem. Games published through Raiser Games get a boost in promotion coming from social media influencers and from popular YouTubers.

Seamantis Games
Game developer Seamantis Games will be showcasing Rascal Revolt – a co-op shooter set in a theme park in which players must take down the evil toys that stole all their candy. Gather your friends and prepare to spend all evening defeating evil piñatas and crazy clowns. Take the role of one of the four distinct characters and use their special abilities alone or together to unleash the power of combo attacks.

Sekg
Sekg offers the ultimate playtesting platform for game developers. The company’s unique, innovative technology is based on biometric studies and player behavior. Through advanced research, the company provide deep insights about both the game and its users – along with a competitive review. Sekg’s cloud-based platform aims to predict trends and user abandonment risks, improving user experience and creating more emotionally engaging content.

Tappx
With more than 400B monthly ad requests and +21,000 app developers registered, Tappx provides a comprehensive ad tech solution designed for publishers and advertisers to excel in user acquisition, monetization, and advertising campaigns.

Tequila Works
Tequila Works is an independent boutique studio founded in 2009 by Raúl Rubio Munárriz (founding member of MercurySteam Entertainment, developers of Castlevania: Lords of Shadow) and Luz M. Sancho. The studio developed The Sexy Brutale, RiME and Deadlight (which was nominated for a BAFTA and was published by Microsoft Studios). Tequila Works will be presenting three new games that are currently in the prototype stage.

Texyon Games
Texyon Games focuses on publishing and development. With the best infrastructure and technical development as a priority, the company offers software support from their own servers and platform, bringing about a complete integration of new trends in payment formats and worldwide currency. Texyon will be showcasing a private game demo during GDC by appointment only.

Top Entertainment Agency
Providing business representation and consultancy services to talented game studios worldwide, Top Entertainment Agency builds a bridge between developers, publishers, and investors. The agency will be showcasing a selection of unique and mature opportunities on PC, console, mobile, VR, and Smart TV from their diverse client portfolio.

ICEX has been featured in a number of outlets – including Gamasutra, Hobby Consolas, and Develop Online.