The fast-paced arcade game Gravity Dash from solo dev Free Range Robots is here! Mess with the laws of physics to advance through endless levels in this enjoyable and devilishly challenging retro runner.

Fail Early, Fail Often, Fail Forward
Quick thinking and even quicker reflexes are a must if you intend to live another day in Gravity Dash. The game’s deadly endless levels include a masochistic selection of spike pits, sawblades, guillotines, and other hazards looming above and below. This all might seem hopeless – but you’ve got a secret weapon: Reverse gravity to narrowly avoid being either impaled or sliced in half to the beat of sick 8-bit tracks!

But Gravity Dash is not about simply remaining in one piece. You can also customize your blocky character by collecting gems to unlock 8 character skins (with more on the way). If you happen to die on your next run, it will look like someone else did it 🙂 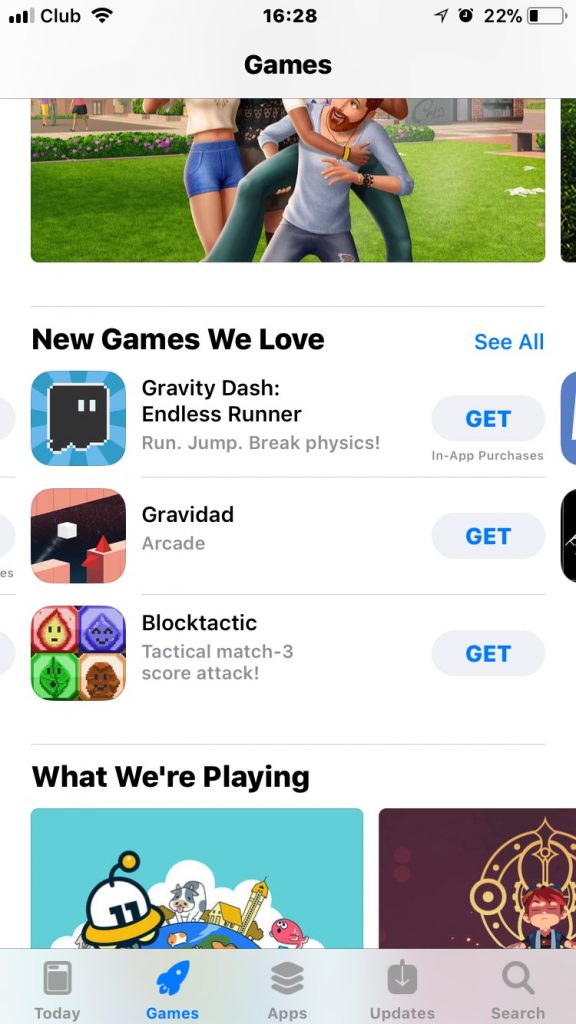 Available on iOS, Android and Windows 10, Gravity Dash has been featured in a number of outlets – including Gaming Cypher, Invision Community, and Flickering Myth.