With so many huge gaming events held each year, it’s often easy to forget that even a single game’s following can be equally—if not more—ravenous. Outside of the world’s PAXes and E3s and Gamescoms, we have Final Fantasy XIV Fan Festival, the alliterative mouthful of a gathering based around Square Enix’s second foray into Massively Multiplayer Online Role-Playing Games (as their first was Final Fantasy XI). Final Fantasy XIV has attracted players from the world over to grind to their collective heart’s content to unlock renowned Final Fantasy jobs and traverse a near-endless array of dungeons with friends both near and far, conquering bads both big and small along the way.

Though Square Enix’s longest-running franchise has seen dozens of entries, including those outside of its mainline, the MMORPG-centered event had no sign of other games in the series aside from the odd fan sporting related gear—this event is all about and only about Final Fantasy XIV. The two-day gathering took place on October 14th and 15th right on the Las Vegas strip at the Paris Hotel & Casin. Though the event wasn’t meant to be exclusive to Final Fantasy XIV players, all 5,000 tickets flew from their digital shelf during the pre-sale period in a handful of hours, as only XIV players had access to them during this time.

The Las Vegas strip hotels are usually teeming with activity, thanks to rambunctious travelers who are hoping to strike it rich year-round, but an influx of Final Fantasy fans is no joke, even if a mere 5,000 people might not seem like a big shift. The Paris’ halls were always seemingly clogged with bodies throughout all hours of the day, as players from the world over were spending time with friends, many of whom were meeting for the first time. It’s strange to think how games can bring people together, but here were individuals who had spent countless hours together in a digital realm only to put faces and bodies to voices and avatars for the first time ever.

Even before the doors opened on the first day, a long line of people snaked through the lower corridors of the Paris. Guests of the hotel and casino looked in awe and wonderment at what could possibly encourage so many people to stand around for literal hours before the beginning of an event, but die-hards were absolutely set on being the first in with hopes of finding a good spot for what may lie in wait.

As soon as the doors opened, people were off, lining up for exclusive merchandise to take home or to find good spots for opening ceremonies. Whatever their aim, they were voracious and little would stop them, save for a seemingly-never-ending line for the aforementioned merchandise. It wasn’t long before the opening ceremonies began, as important figureheads tied to the game emerged. Naoki Yoshida, known within the community as “Yoshi-P” carried us through the opening ceremonies, most importantly announcing the upcoming expansion to Final Fantasy XIV and sequel to Heavensword in Final Fantasy XIV: Stormblood. The new expansion would feature new character classes, a new region to explore, and hundreds of new player options in new equipment and a reworked combat system that would re-optimize skills to make them more useful in the future. Fans clamored at the care of the Final Fantasy XIV team, not simply excited that a huge piece of new content would soon be available to them, but that the team was thoughtful enough to both notice issues with the current game and constantly work towards their improvement. 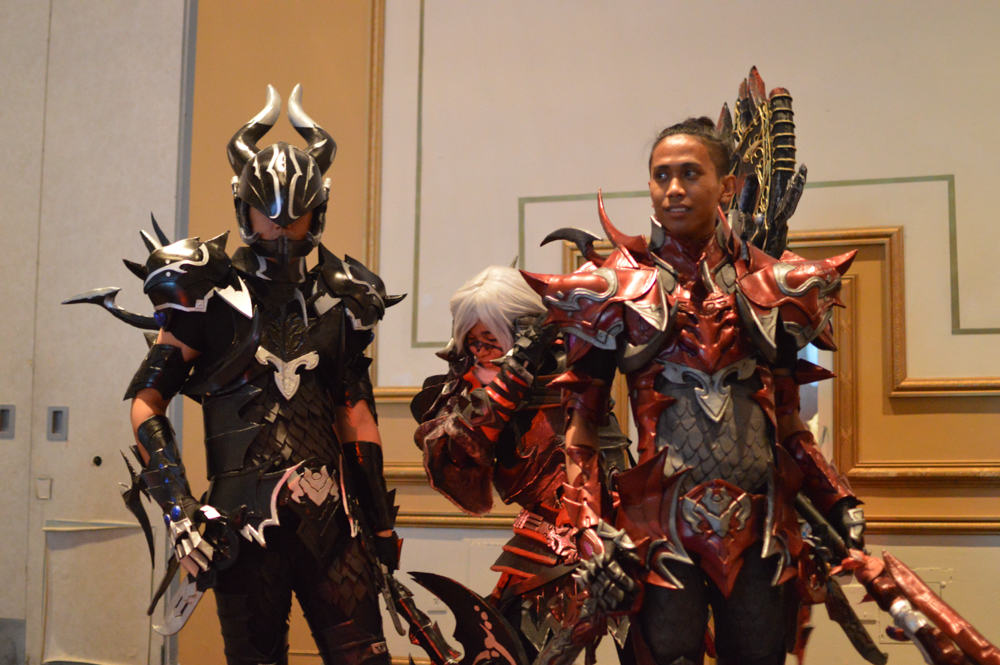 Throughout Fan Fest, we were offered information about the inner workings of Final Fantasy XIV through panels about translation efforts, localization, certain aspects of the game’s development, and beyond, while fans not particularly interested in those panels could partake in free play of the game, take on random challenges, or physical activities that echoed in-game ones.

The random challenges seemed to attract the most attention, as they engaged regular players in ways that was often unseen. Players could take on normal challenges they’ve faced before in an odd first-person mode or have a level cap with which to face certain bosses. Other times, they had to face elite versions of raid bosses that they may not have fought before. The dynamic elements really made this area of the event engaging and allowed players who had faced certain challenges together experience them in a new way.

Final Fantasy VIII’s card game, Triple Triad, made a return in Final Fantasy XIV, but was also a participation event at Fan Fest. Players could take on the various tasks and earn physical Triple Triad cards to collect. There weren’t enough to hold actual matches of Triple Triad, but they made bonafide collector’s items on top of all the purchasable exclusive merchandise.

Of course, the true heart and soul of any gaming event is the group of fans that take time from their busy schedules to attend. The amount of cosplay at Final Fantasy XIV Fan Festival is nearly overwhelming, as people from across the world carefully packed up their intricate costumes to sport on the show floor for a handful of days. These labors of love are admirable, ranging from delicate armor sets to emulating the giant creatures of the series’ fiction. Though players were keen to emulate some of the more known story characters, some took the route to craft their player character’s armor in a true personal fashion. The level of detail is incredibly admirable. 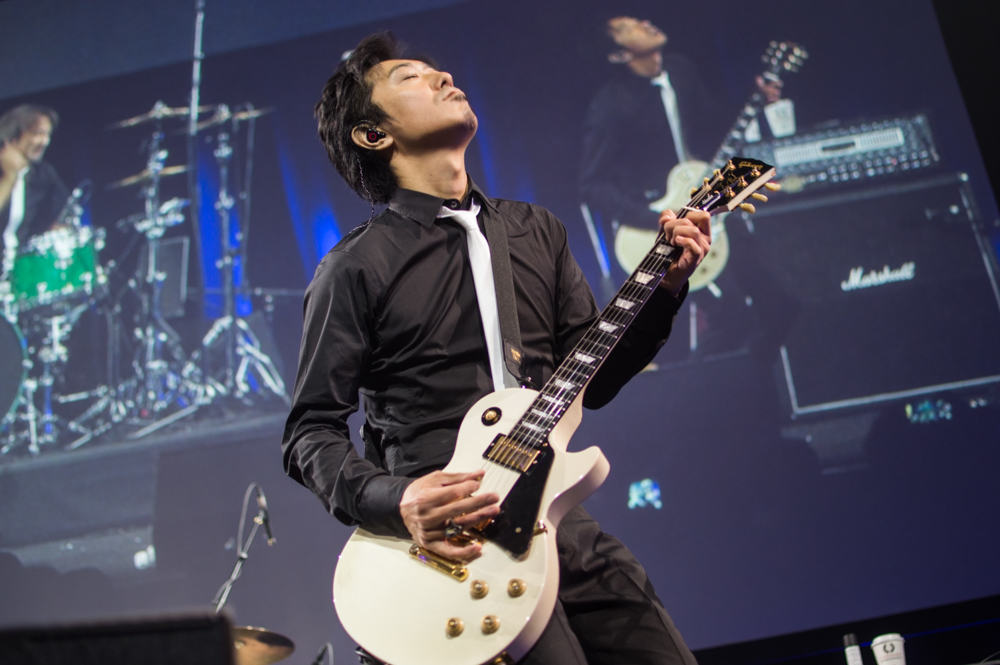 To top off all the wonderful game-related events, we were treated to musical performances both evenings. On the first night, the piano-driven concert soothed us with beautiful melodies from Eorza and even featured a guest performance by Distant Worlds vocalist Susan Calloway on select songs. The second night brought out the rock with a performance by The Primals, the metal band named after Final Fantasy XIV’s summon creatures. The Primals’ performance was an excellent way to close out the second Fan Festival and left everyone with a deep sense of satisfaction, to end on such a high note (pun intended).