ECHOPLEX: The One Who Follows

The award-winning puzzle platformer ECHOPLEX is now available as a full Steam release:

You are followed by an exact duplicate of yourself that repeats everything you do. Every move matters. Every move can be your last. 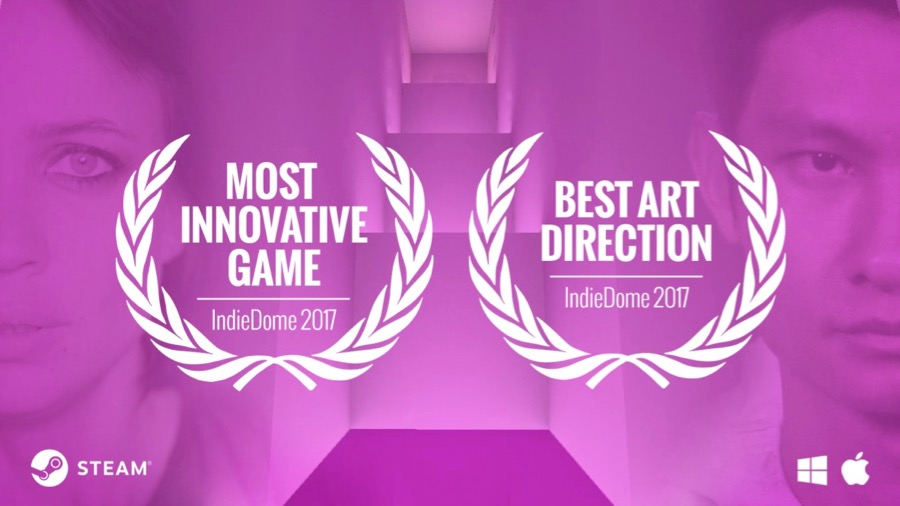 Don’t Look Back
ECHOPLEX explores the mysterious connection between an engineer working at Clonochem Corporation and an activist protesting the company’s controversial product, Continuum. When the engineer calls a phone number written on a severed arm, he finds himself trapped in a looping simulation with countless iterations of himself.

An eerie “Echo” shadows your every move in ECHOPLEX. Everything you do is repeated by it – and if you stand still for too long, it’s game over! The secret to surviving is to use the entity’s mimicry to your advantage. For example, walking through a trigger will lock a door – but as the Echo passes through the same trigger, the door will open … allowing you to pass through.

As you learn to outsmart your Echo, you’ll be able to unlock a full-motion memory fragment with another clue – a must if you intend to escape the simulation. Once put together, these fragments congeal into “micro-cutscenes” that reveal an intriguing, non-linear narrative.

*   Collect fragments throughout each level that combine to form a new video memory when you solve the puzzle.

*   Face armed autonomous drones and use them to destroy your Echoes.

*   Rewatch pieces of the story you have collected in new video review UI.

Available on Windows and Mac, ECHOPLEX  has been featured in a number of outlets – including Hardcore Gamer, GamersHell, Rely on Horror, PC Gamer, Rock, Paper, Shotgun, and Indie Hangover.