Another E3 (Electronics & Entertainment Expo) in the bag! E3 2016 may have been one of the best events in recent years, despite the sudden departure of major publishers Activision, EA, Disney, and Wargaming from the show’s floor. Though attendance was down from 2015’s event, over 50,000 people still attended E3 this year to partake in both its gaming, press, industry, and social activities. Gaming, as the largest entertainment industry in the world, has grown an impressive amount in recent years, formerly being hailed as “something for nerds” to now encompassing and embracing individuals from any and all walks of life.

This ever-expanding four-day event, held in Los Angeles each year at the Los Angeles Convention Center, began with grand press conferences from major publishers. EA kicked off the shindig on Sunday, June 12th with a rather lackluster conference that showed too little of what the people wanted (Mass Effect, of course), but highlighted their upcoming sports titles, as well as Battlefield 1 and Titanfall 2, even prodding fun at their own leaked content. They then opened up several stations to allow members of the gaming press to try out EA’s upcoming titles. Bethesda held their own press conference later that evening, revealing Quake Champions, a semi-reboot of the Prey series, a remastered version of The Elder Scrolls V: Skyrim, and the long-anticipated Dishonored 2.

June 13th was when the heavy hitters took the stage. Beginning with Microsoft, who took the time to acknowledge the shooting in Orlando with a moment of silence, the company showed off many of their upcoming titles, including Gears of War 4, ReCore, and Forza Horizons 3. Their virtual reality technologies took center stage, as the legendary John Carmack himself joined a play session of Minecraft with his Oculus VR headset. There was a strong focus on smaller studios, too, as Compulsion Games were able to show their survival title We Happy Few, while the Microsoft-owned Rare displayed their brand new IP Sea of Thieves. The true surprise of their conference, however, was them speaking at length about the upcoming Project Scorpion, the new version of the Xbox One, complete with specifications and how it will be the “most powerful console ever made.” Surprisingly, it looks to outclass the not-so-rumored PlayStation 4 Neo.

After Microsoft, Ubisoft held their own press conference, with a heavy emphasis on the incredibly fun For Honor, the hilarious sequel in South Park: The Fractured But Whole, and the finally confirmed Watch_Dogs 2, which will expand on and refine many of the ideas from the first game. 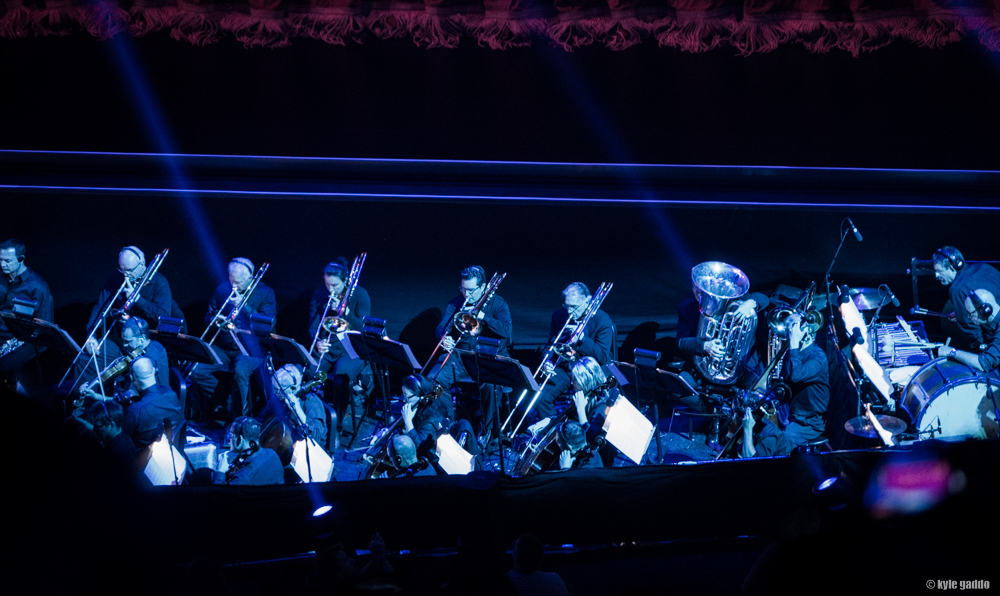 Sony held their own press conference to cap off the Monday, complete with a live orchestra to perform the soundtrack for the evening. After introducing the new God of War game, set to take influence from Norse mythology, Sony, too, took the time to honor the Orlando victims and remind all in attendance and viewing at their homes that we were all in this together, that we all mattered. Very classy move on both companies’ parts. Sony showed many hits that evening, revealing Resident Evil VII, which can be played entirely with PlayStation VR, more on Horizon: Zero Dawn, and the brand new Hideo Kojima project, Death Stranding, starring The Walking Dead actor Norman Reedus. They also revealed a release date for the long and highly-anticipated The Last Guardian, due out in October of this year! The real applause-worthy scenario, however, is that Sony kept their showing concise. Press conferences tend to be long-winded, often having a lot of unnecessary words peppered in between reveals and trailers, but Sony were there to keep things short, sweet, and to the point. Pure class all around. After their conference, they invited all attendees into a theater next door to try out several upcoming virtual reality titles with PlayStation VR. 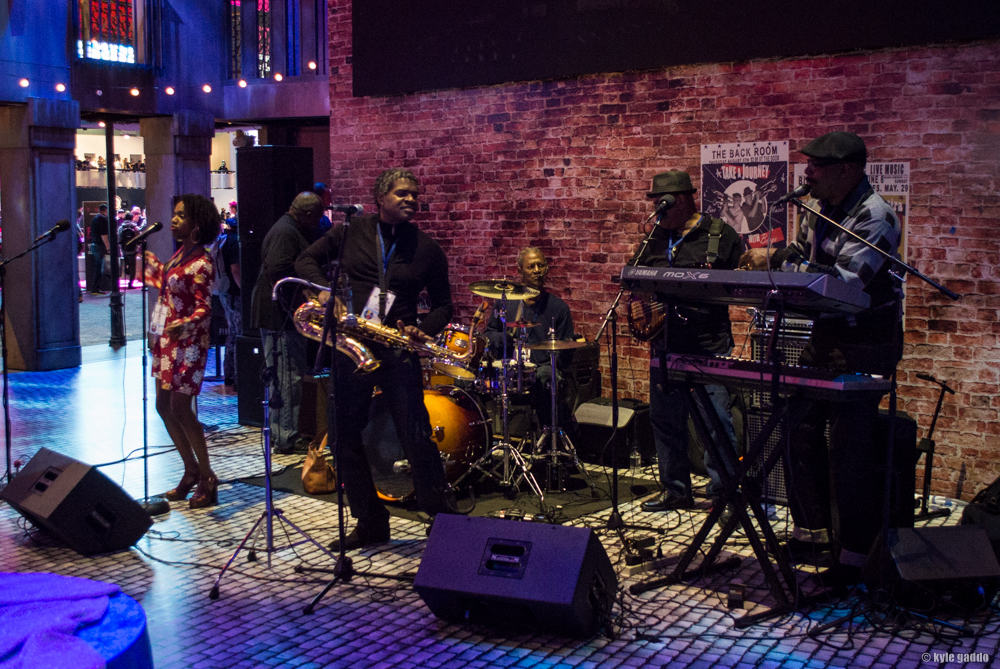 The following three days could only be considered a blur. The thousands of shuffling feet across the Los Angeles Convention Center, the lights and sounds from dozens and dozens of booths, the pictures, the hundreds of thousands of selfies being taken by attendees, the countless conversations, both topical and not, the ever-increasing number of dark circles underneath people’s eyes as we got less and less sleep as the days went on, the literal millions of words typed in coverage—all part of the beautiful grind.

This E3 was oddly musical. Aside from the orchestra Sony had present for the conference, publishers like 2K and Microsoft had their own musicians present for games. Sea of Thieves had a pirate-themed group singing shanties near their booth, while 2K hosted a jazz band for Mafia III. Ubisoft, as always, turned it up with Just Dance 2016 and dozens of performances across the three days, featuring professional Just Dance-rs of all shapes and sizes. There was even a surprise performance by the soul-influenced game-themed group Super Soul Bros. present at the event. Moreover, there was a hybrid Harmonix/PDP booth, new partners in hardware, as both companies showed off a brand new guitar for Rock Band 4.

Some of the after parties were, as the kids say, “lit.” One such occurrence was GungHo Online’s party for the upcoming Suda51 game Let It Die. With music by famed guitarist and composer Akira Yamaoka (Silent Hill, Shadows of the Damned), it only seemed fitting to have a special performance by the man himself, who played brand new music from the upcoming title. After a short set, all-star lineup cover band Hellcat Saints took the stage. With a rotating lineup that includes Queens of the Stone Age drummer Joey Castillo, Velvet Revolver vocalist Dave Kushner, Guns’n’Roses Gilby Clarke, and more. Partway through the set, the band welcomed Linkin Park frontman Chester Bennington to play a few songs, including Stone Temple Pilots’ “Down,” Alice in Chains’ “Them Bones,” and Motorhead’s “Ace of Spades,” which included Yamaoka on guitar. Truly one of the highlights of the E3 nightlife. 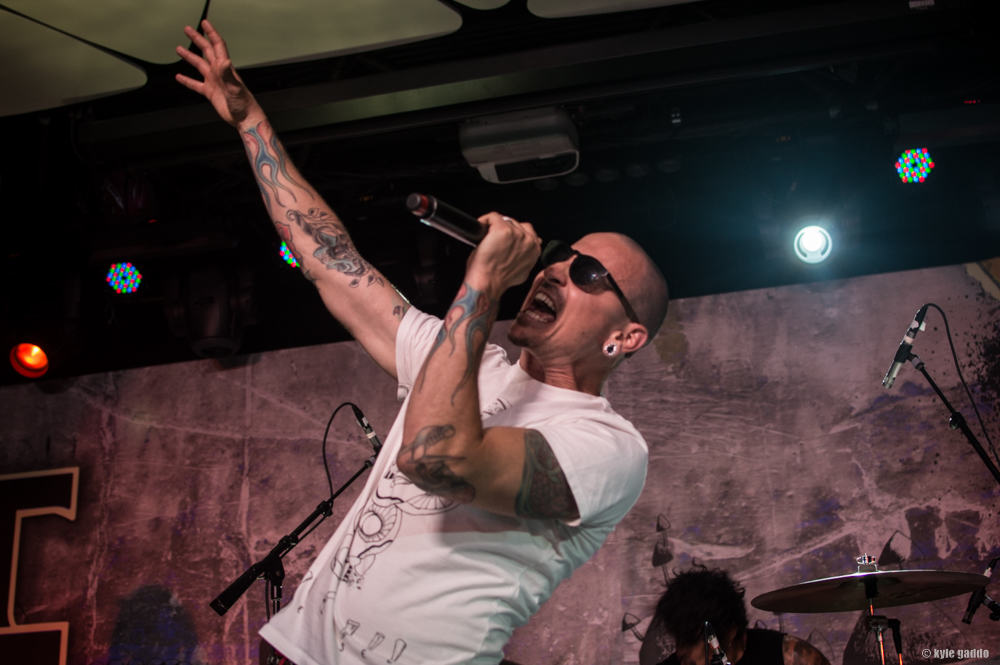 There was a bustling indie scene, as well, including the beautiful-looking Abzu, with a soundtrack by Austin Wintory (Journey, Assassin’s Creed: Syndicate), the highly-desired Yooka-Laylee, Koji Igarashi’s Bloodstained, several titles from Adult Swim Games littered across the convention center, and countless others. With the always-growing indie scene, it’s incredibly difficult to keep track of them all, but there are always highlights. This year seemed to have the most, however, even from developers who don’t have major publisher backing.

All in all, E3 2016 was something special. There was a different spirit in the air, but it was a good one. Very friendly and welcoming.