In complete honesty, I didn’t expect much from E3 in 2016. With the ever evolving presence of the Internet in our everyday lives, the need for a gargantuan press event seems to be shrinking by the day. However, even I will admit that the spectacle of E3 still manages to leave me longing for it, like a kid wishing to go to Disneyland.

A special shout out is needed for Sony who delivered a press event that left people on the edge of their seats with nonstop, impressive showings with titles such as Horizon: Zero Dawn, The Last Guardian, and a surprising empathetic twist on God of War (a bloodthirsty game that typically doesn’t appeal to me). Sony’s dive into VR this autumn was the cherry on top. Despite all of this, most of my time with E3 2016 was spent watching the the most unlikely of candidates: Nintendo.

Long gone are the days of Nintendo’s press conference and their substitute for it, Nintendo Direct, was nonexistent. Although, they did stick around with Nintendo Treehouse Live, a tradition they started a couple years ago. As someone who was unable to attend E3, I am in many ways thankful for Nintendo’s streaming approach, which really allowed viewers to get a good, detailed look at upcoming titles, particularly The Legend of Zelda: Breath of the Wild.

Nintendo clearly knows how popular their Zelda franchise is and they weren’t afraid to pull out all the stops promoting it this year. Zelda’s grandeur overshadowed everything else Nintendo had to show, even news about Pokémon Sun & Moon and Pokémon GO. Heck, it would be difficult to even call their section of E3 this year a “Nintendo” booth. It was 100% a Zelda booth with such focus to detail, any Zelda fan would be envious of all the E3 attendees who got a taste of this living, breathing Hyrulean attraction.

This love letter from Nintendo was very much welcomed by long-time Zelda fans because it signaled that Nintendo heard the plea for a large, open world. Breath of the Wild’s E3 build purposefully lacked towns or notable NPCs to avoid spoiling the story, but the Great Plateau (an area of the game that the demo was limited to) and its shrines, which are supplementary to dungeons, offered plenty to see. This may be partially because the Zelda development team took a unique approach to storytelling in this game. Story elements are largely revealed through the environment instead of narrative.

The environment plays such a key role in this game, the developers focused on blending the music with environmental sounds, and even clothing needs to be adjusted with the surroundings in mind. Shigeru Miyamoto, who had the role of ensuring natural movement and interaction, said that interacting with nature and the wilderness is key to discovering who you are in Breath of the Wild. This is revolutionary for the franchise, but it also marks a return to form with an emphasis on exploration, very much like the original title which started it all. In many ways, Breath of the Wild is the 1986 title redefined for a new generation of players.

Three beautiful amiibo figurines based on the new Zelda game were also revealed: Archer Link, Rider Link, and a Guardian. However, the amiibo that really caught everyone’s attention was the previously released Wolf Link amiibo because it makes the best use of amiibo functionality seen yet. While playing Breath of the Wild, tapping the Wolf Link amiibo will bring Wolf Link as furry, combat-ready canine partner in the game. Admittedly, this is the first time I’ve ever been excited for amiibo feature in one of Nintendo’s games. 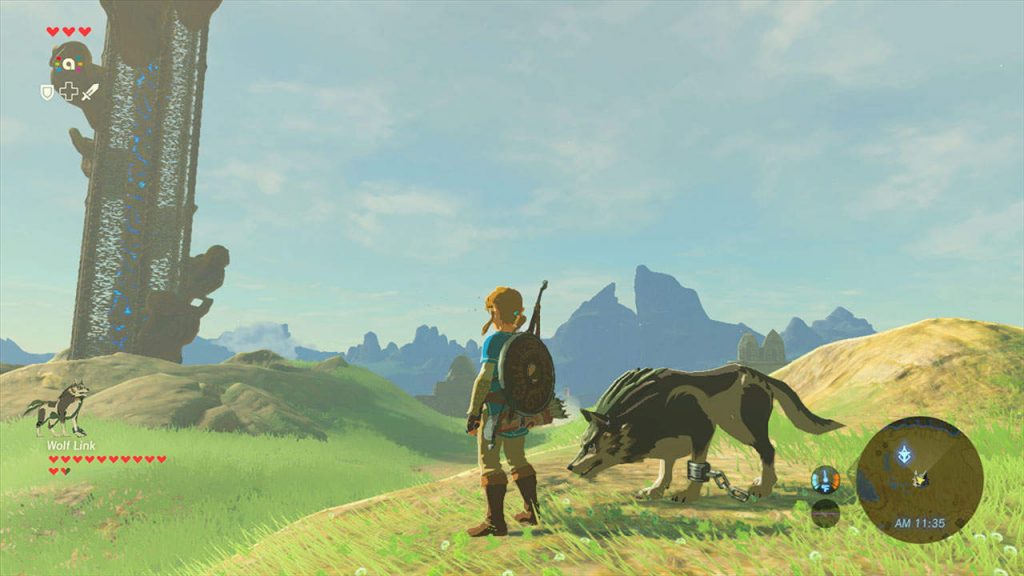 Beyond Zelda, Nintendo’s event was notably lackluster, but clearly they’re doing something correct. By every right, Nintendo should’ve been only a blip on the E3 radar this year, but it managed to create a notable splash with Breath of the Wild that left many thirsting for more. It is a testament to the legacy Nintendo was able to establish with this IP across multiple generations of gamers. We all long for another adventure across Hyrule.