In my first year as a professional in the industry, I attended E3 as a journalist. Now I’m in marketing, among other things. My role has transitioned from reporting to helping put on a show. It’s resulted in a tempered emotional response to the pageantry of it all; the purpose of E3 is to generate excitement, and I tend to be acutely aware that what we see during this admittedly thrilling week can have little bearing on what a game will be like by the time it’s in the hands of the consumer.

In some ways, this year was a great one for E3 — but not in terms of incredible announcements (although I am excited for a few items in particular); rather, it was probably the most gender diverse E3 I’ve seen. That isn’t to say that there was equal representation among attendees, presenters, and game protagonists – but it was clearly an improvement compared to recent years. I hope next year will be even better — ideally with a much increased presence of other underrepresented groups. 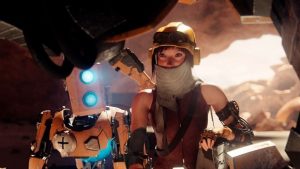 Some of my excitement came from the announcement of various lady protagonists (Dishonored 2, ReCore, Horizon Zero Dawn, among others), and seeing women I know presenting during the press conferences – but a few other moments also stuck with me:

I was thrilled that Fullbright Company’s Tacoma was highlighted. Gone Home was an incredible experience for me, and I am nothing but excited about what they do next. I’m similarly excited about Beyond Eyes; it looks like a beautiful game, and I’m thrilled whenever smaller developers get the attention they deserve. Bethesda’s Fallout presentation pulled me in; I admit this may have been due to the addition of the dog as a companion, but the rebuilding component certainly helped. 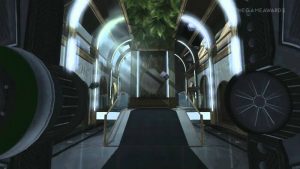 The rest of my impressions are a bit disjointed: Nintendo’s puppet presentation was sweet but strange — though that was the bulk of the creativity they presented this year. Much, if not all, of their announcements were based on old IPs and diversifying product lines. EA’s focus on sports isn’t particularly up my alley. The Last Guardian announcement has me intrigued, but Sony’s announcement of the remake of FFVII is worrisome. I have a particular attachment to the game and have concerns about things going awry. I’m also looking forward to Mass Effect 4. Part of me was hoping for something more in Fable-centric announcements, but alas – just the Legends promo awaited. 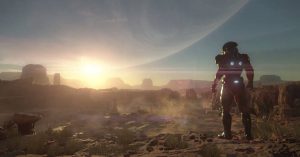 As a fan, there wasn’t anything newly announced that I’m dying to get my hands on. The presentations overall were sufficient but not life-changing. I’m sure my pocket book is still going to take a hit as some of these are released, but the adrenaline rush that comes with a trailer that stirs something deep in my soul just didn’t happen this time around. Oh well – there’s always next year!

As a professional, I feel that E3 is evolving — and I couldn’t be more thrilled. By making the event, the presentations and the games more inclusive, we as an industry can reach a broader audience. This not only has an important cultural impact; it’s also a smart financial choice for developers hoping to expand their market share.