I know I’ve said it before, but I’ll say it again. There’s no convention like Dragon Con. Is it a video game convention? No. So what is it? It’s geek/nerd fan convention that happens every year in Atlanta Labor Day weekend. While that may sound very “standard” for a convention, Dragon Con is different. It’s not held in a convention center, it’s hosted in four different hotels that span approximately two city blocks. The benefits of this mean that the convention never closes and there’s always a party. In short, Dragon Con is basically a four-day-long Halloween party at the beginning of September — what a way to kick off Fall! 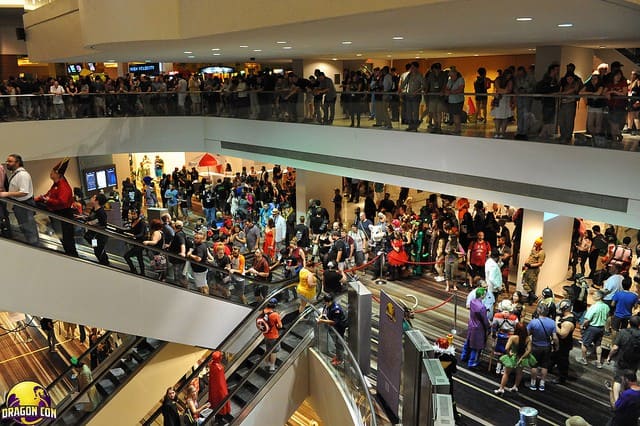 Crowd at the Marriott Marquis

Atlanta has become a hub of geekdom in recent years, combine the recent explosion of Georgia’s film industry, the rise of the local game development community, and the massive influx of tech jobs popping up all over the city, and you have a recipe for a geek megapolis. Oddly enough, Atlanta’s cosplay community is recognized as one of the most passionate in the world — outlets like Kotaku and The Verge have taken notice of this — which makes Dragon Con all the more alluring.

This year Dragon Con was celebrating its 30th Anniversary where it attracted over 77,000 people. This year they did an incredible job at traffic flow because, while it was very packed, it never felt suffocating. Which is pretty amazing when you think about jamming 77k people into a few hotels, some of which have pretty elaborate costumes and props. 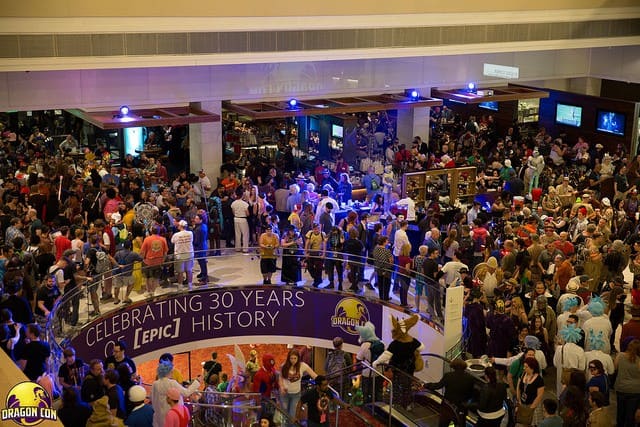 Crowd at the Hyatt Regency

The one area Dragon Con has always lacked in is video games. To rectify this issue Dragon Con established a partnership with MomoCon to help bring more games and anime to their convention. While this was definitely a step in the right direction, the video game track at Dragon Con is still sorely lacking. This is an important note for developers who are looking for a large convention to show their game but can’t make it out to PAX West. If you’re a game developer and you’re located in the Southeast, consider going to Dragon Con!

There’s always some Dragon Con staples that everyone needs to experience at least once. I made sure to check one off that list this year. There’s a band that has been at every Dragon Con I can remember called Crux Shadows. They’re a high-profile goth band that’s popular in Europe, but only come to the States for Dragon Con. This year I made the decision that I was going to see them live since I hadn’t done it before. I am happy to report that the show was a blast. While the music may not be for everyone, the live show is definitely entertaining and I’d recommend it. 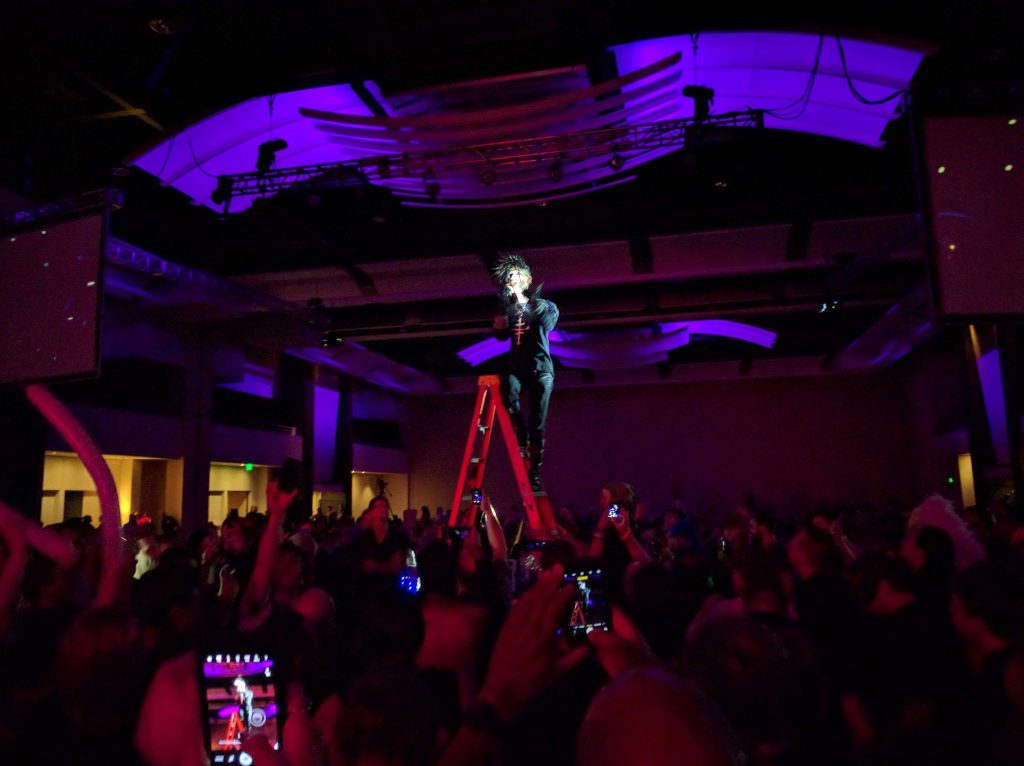 One thing that might throw new people off is the convention’s fascination with the old carpet in the Mariott. This carpet was infamous because it was hilariously ugly, but it became a trademark of the convention. Last year, the Marriott Marquis in Mid-Town Atlanta went through some renovations that included replacing its signature carpet. This created an entire “black market” of sorts for cosplayers, collectors, and more of people who wanted a piece of the carpet. People would raid the dumpsters for a piece of Dragon Con’s history or so that they could sell it online. As a result, it’s not uncommon to see people cosplaying as the carpet, decking out their vehicles with the carpet’s pattern, or people giving away pieces of the old carpet in raffles. There are even entire communities dedicated to “remembering” the old carpet. 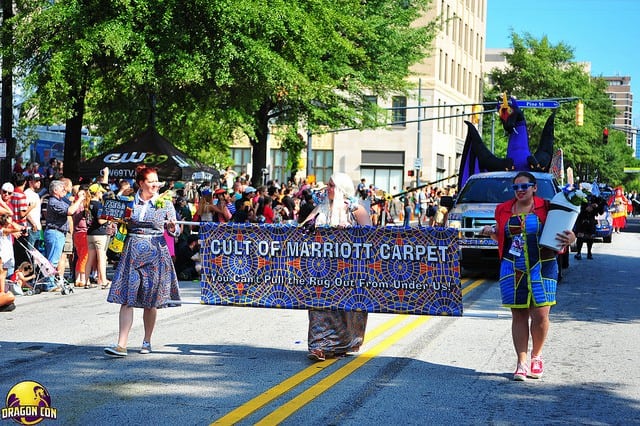 One of the carpet communities in the parade

I never know what to expect out of Dragon Con and 2016 was no different, but each year is always full of pleasant surprises and fond memories. It was a blast being able to see old friends, make new ones, and bask in the overwhelmingly friendly atmosphere. There’s no convention quite like it and I don’t think there ever will be anything similar. Here’s to another 30 years of awesome!