Do Not Feed the Monkeys: Prying Eyes

Fictiorama Studios, the studio behind the unsettling, Dead Synchronicity: Tomorrow Comes Today, describes its upcoming game as a narrative-driven, voyeuristic experience that allows you to invade the privacy of strangers and witness their most intimate moments. Sound creepy to you? Splendid!

In this unique life-spotter simulator, published by BadLand Games, you’ve been accepted into the “Primate Observation Club” — a fake wildlife conservation society that acts as a front for the activities of a secret group that hacks webcams and surveillance cameras (the “cages”) in order to sell their content to its members. Spy on people and invade their privacy through dozens of hacked webcams and surveillance cameras — and peer into their lives using the online information you find about them. 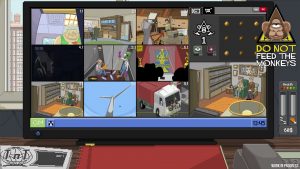 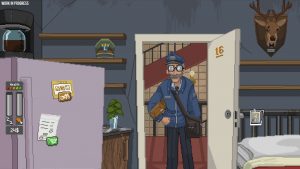 The club urges you to not interfere with those observed … but will you resist? Will you help those you’re spying on, extort them, expose them — or will you follow instructions and just watch? Whatever you do (or don’t do) will have consequences.

Do Not Feed the Monkeys has an expected release date of 2017, with pricing and exact launch to be announced at a later date.