The Novy California team got to experience all the wonder of Casual Connect USA 2018. Surrounded by indie games of all types, the team enjoyed getting “up close and personal” with an array of talented development teams – and cheering everyone on at the awards ceremony!

“I’m so glad that I decided to make the trek from San Jose to Anaheim for the last day of Casual Connect. There were many firsts for me as it was the first time I went to a Casual Connect. I explored the Disneyland Hotel, met fellow Novy team member Nile, and of course played so many great indie games! The event was true to its name with a very relaxed vibe as all the developers and guests were able to easily chat with one another and play games with ease. 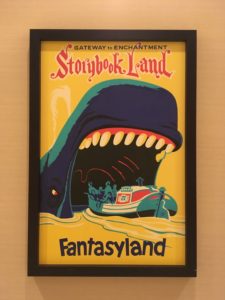 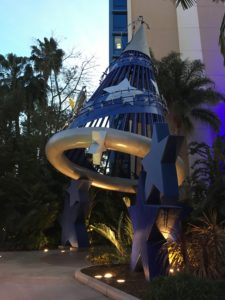 With more than 60 indie game titles being showcased, I unfortunately didn’t have the opportunity to try out all of them, but I wish I had the chance to! There was a wide array of games from both national and international developers that I did have the chance to play, though. First up was Tiny Derby from Canadian developer Triple Boris. The game is a simple yet fun and addictive little mobile game that I could find myself playing for hours. While playing, it was great chatting with Simon Dansereau, the President of Triple Boris, about the importance of family friendly mobile games and our experiences of playing those type of games with friends and family members growing up. 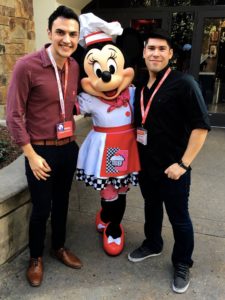 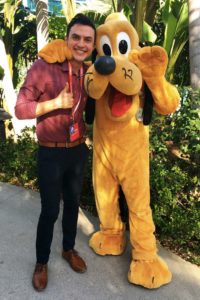 Since the event was set up with multiple long tables that had indie developers and their games right next to one another, it was really easy to play another game! Close to Tiny Derby was a steampunk-style platform runner that caught my eye, The Raven & Orion by Always Player 2 Studios. I love the steampunk aesthetic and the game truly captured it. What truly set the game apart, though, was its innovative gameplay mechanics. Instead of simply running in a straight line, I had to bounce across different platforms, change my characters color from blue to orange in a split second to successfully continue moving forward, and even take on a boss! 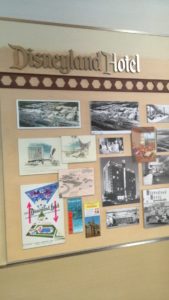 Towards the end of the event,  the Novy California team and I joined together to check out multiple game titles. One of them was Molecats, a beautiful indirect-control puzzle game by Vidroid. The game was such a nice surprise to play, no wonder it won the Best Game Design & Most Innovative Game Indie Prize awards! I’m definitely looking forward to playing it. We also had a chance to check out Distortions by Brazilian developer Among Giants — one of our client’s games! It’s always great meeting the developers we work with in-person, so I’m really glad I had the chance to do that. 🙂

Aside from all the gaming glorious-ness, there was plenty of things to see at the Disneyland Hotel! We happily stumbled upon Pluto and Minnie, checked out the amazing decorations around the hotel, and realized that putting a pineapple on a burger is a pretty good combination. All in all, I had a fantastic time at Casual Connect and look forward to going back!”

“I was lucky enough to go to the last day of Casual Connect, and wow, the indie games I saw there were amazing. I cannot wait to see these games hit the market, and get my hands on some of them. From story driven games to the Newton’s gravity controlling skeleton mobile games, there was something for everyone at these booths. 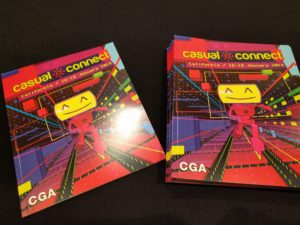 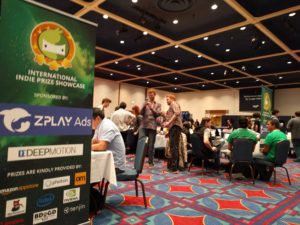 Although I was unable to see every game there due to the limited time frame, I was able to get my hands on some mobile, Switch, PC, and VR games all of which blew me away on gameplay and graphic quality. Games such as Bushy Tail had both an amazing paintbrush-like art style and a deep, ever growing story where as King of the Hat went for a classical retro art style with a focus on a fun battle royale combat system. 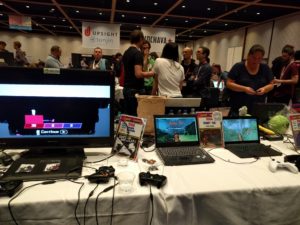 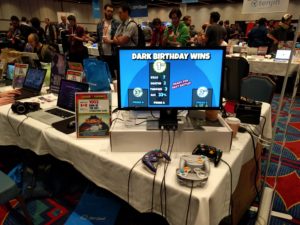 All in all, Casual Connect is an amazing little gem of a conference where I never felt rushed to finish trying out a game, and the developers loved to sit next to me and talk about what made them want to create their game. I cannot wait till the next time I’ll be able to go. Hopefully, I’ll be able to stay there for multiple days to really sit down and play all the games Casual Connect has to offer.”

“This was my first Casual Connect event. It was located at the Disneyland Resort Hotel so cheerful cartoon music was being played throughout the different areas. I even got to see Pluto! The atmosphere had a very laid back feeling to it when compared to big bustling conventions. As always, everyone was friendly and easy to approach. 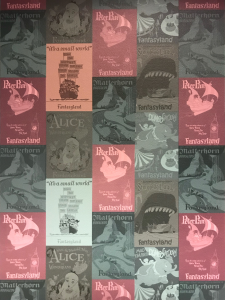 There were so many great games I found interesting. I wish I had been able to see all of them. There were even several multiplayer games such as King of the Hat and Shadow Brawlers. These were great fun when played with groups of 4 people.

Not all games are digital either! Before the day was over we also got to play a tabletop game called Hip Hop Charades! This was like regular Charades, but it had everything themed with Hip Hop terms and trivia. Despite being quite a challenge for me since I know very little on the topic, it was still very enjoyable and many laughs were had.”