ARK Park: A Future in the Jurassic Period

With more than 80 guests in attendance, the event put the spotlight on the future of the popular ARK franchise with its first VR release, ARK Park. Highlights from the event included a live demo of PixARK – along with a heartfelt video featuring Snail Games vice president Tianqi “Sky” Wu and a loving family’s struggle with autism. 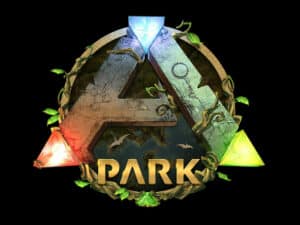 Sky’s Journey
While ARK Park was in development, the team in charge received a very special request: A father from Eastbourne, UK – Craig Proctor – asked for a pre-release copy of the game to share with his autistic son, Jason (who happens to adore dinosaurs). Craig believed that being able to walk among those majestic creatures would lift Jason’s spirits and give him a whole new perspective on life. Snail Games was happy to oblige … and the result is captured in the video, “ARK Park Makes Dreams Come True”:

The video was the centerpiece of a very busy afternoon at perennial GDC hangout Jillian’s San Francisco, which has just emerged from a stunning renovation. Snail Games director Peter Kang kicked things off with an in-depth presentation on ARK Park – and he also discussed upcoming downloadable content and feature updates currently in development. Peter was followed by Studio Wildcard co-founders Jeremy Stieglitz and Jesse Rapczak – who announced that ARK: Survival Evolved has sold over 13 million copies to date; the duo then proceeded to give the audience a live demo of the ARK franchise’s newest installment, PixARK – where “Death by Velociraptor” was just around the corner.

Jeremy and Jesse also publicly announced the “Dino Export” feature, which allows ARK: Survival Evolved owners to export their dinosaurs to ARK Park. The appearance, color, and age of each dinosaur are all seamlessly synced  – allowing players to “meet” their loyal companions and check their stats face-to-face in virtual reality. More than 10 types of dinosaurs are currently supported on Oculus Rift and HTC Vive; support for PSVR is coming soon – with more “exportable” dino types in the works as well.

Snail Games vice president Tianqi “Sky” Wu was next – showcasing the video of his trip to England. He was followed by art director Guohan Tan, who further explored the magical world of ARK Park through his unique take on the franchise. Peter Kang was back for closing remarks.