“Flewfie’s Adventure should provide a pleasant escape from the stresses and challenges of the real world, at least for those open to trying it out.”
– Daniel Pinheiro (PC Invasion)

Featuring trippy visuals and earworm-worthy music, Flewfie’s Adventure invites players to fly across the Sticky Caramel Coves, explore the shimmering scenes of the Crystal Plains, and sneak through the murky depths of the Abandosphere in a fully customizable UFO – and much, much more.

Planet Cutemellow is in trouble – and Uzzu (joined by his swarm of monsters) is here to make things even worse! In Flewfie’s Adventure, players take on the role of Flewfie – a brave kitty with nerves of steel – and a killer group of friends: Scientist Snail, Bunn Bunn, and Pinky Panda. To stop Uzzu, players will need to shoot everything that moves and solve simple puzzles along the way – exploring five distinct worlds, embarking on side quests, and locating a very sneaky Glop the Puzzlemaster in every level. 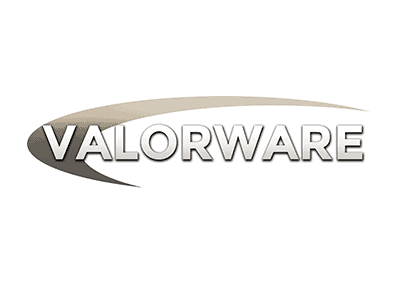 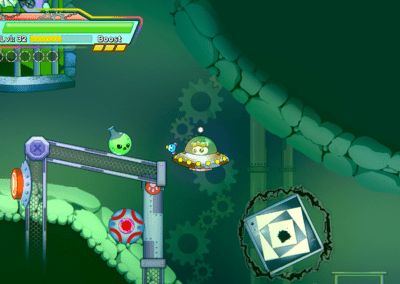 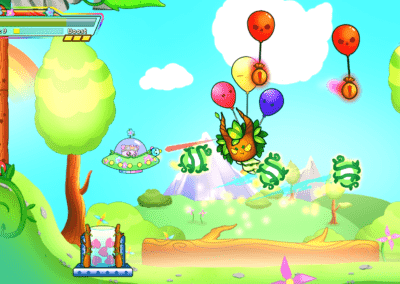 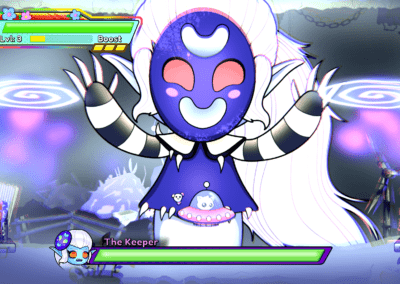 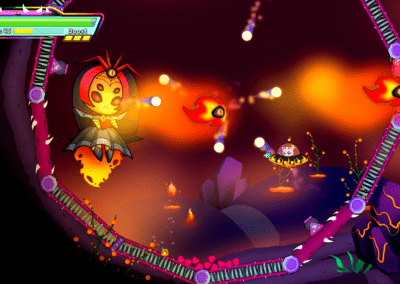 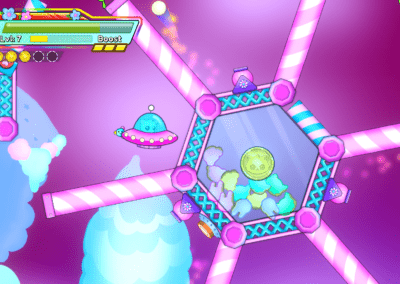 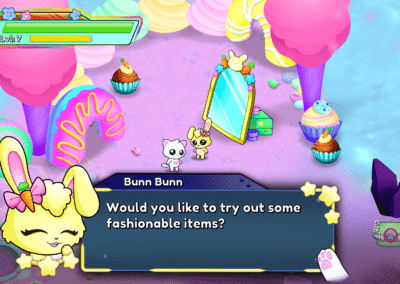 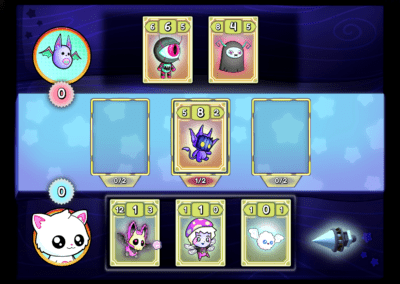 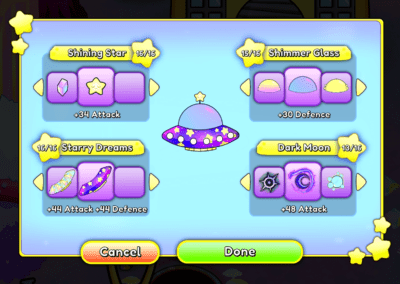 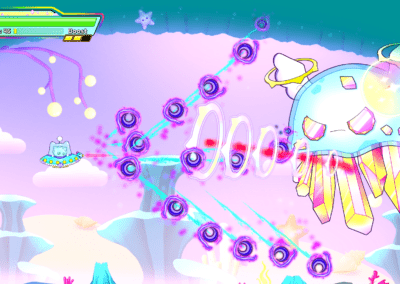 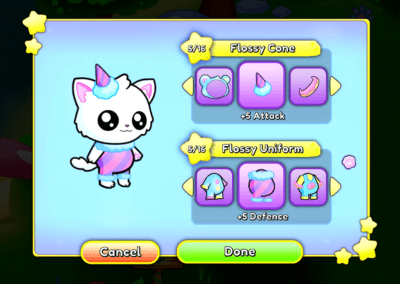 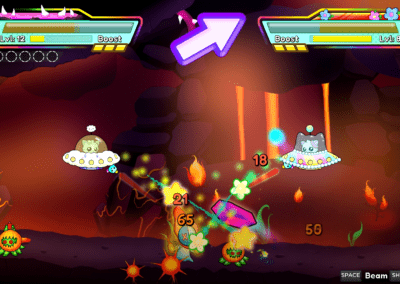 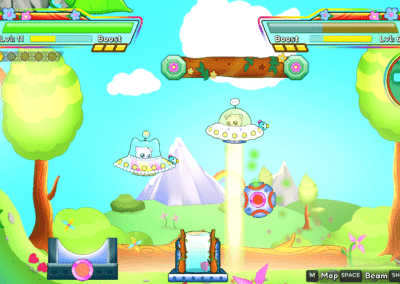