This was the fourth SXSW I’ve attended, and it won’t be my last. It’s always a fun and interesting experience — whether I’m scrambling to pick up my friends before traffic hits, looking for a parking spot for half an hour . . . or playing a brand new, innovative game before it’s available to the public. The SXSW Gaming Convention is an event during SXSW Interactive, and it’s one of the few events that’s free and completely open to the public. I ended up showing up to the convention center three times with different groups and had great fun each time! 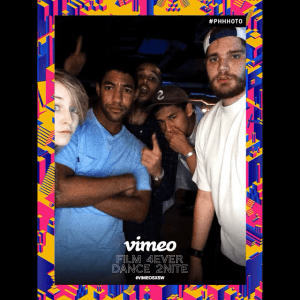 Jay and friends “mean mugging” at the Vimeo party photo booth.
(They waited for two hours, but it was worth it!)

The first thing you’ll notice when walking into the convention center is how innovative and interesting gaming continues to be. There was something for every kind of gamer. Whether you’re looking for old-school arcade fighters like Street Fighter II, a new 2D RPG, or a fun racer, you’ll find them all here. I was able to play all sorts of games. One of my favorites was an indie game that combined soccer, football and basketball into a mega sports game. 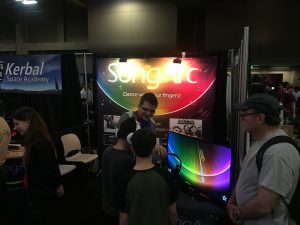 The most interesting aspect of the convention was seeing how the industry is using Oculus Rift and various virtual reality gear. I saw a Star Wars game that threw you into the game, a puzzle game that had people spinning in circles, and a horror game I probably wouldn’t touch with a 1,000-foot pole.

Sadly, since the convention was so popular, this meant that most of the vendors were too busy to really chit chat. I would try to talk to a few of them — but they were typically only able to give me one minute, since there were always lines forming behind me. Still, I heard plenty of great elevator pitches of some games I can’t wait to see on the market. Gaming lives on! 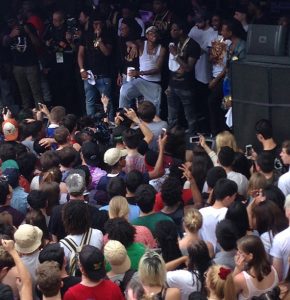