Dynasty Feud: Free For All

Couch co-op/online brawler Dynasty Feud free for one final week for PlayStation Plus subscribers in Portugal and Spain!

The PlayStation Plus offering of Dynasty Feud is coming to an end. Gamers in Portugal and Spain have one final week to enjoy this competitive multiplayer brawler for free 🙂

Created by Spanish developer Kaia Studios, Dynasty Feud portrays an endless feud between nine unique dynasties spanning multiple time periods, 40+ characters, and unique fighting styles. Honor your dynasty by taking part in deadly battles alongside 2-4 players – or join in random online/offline matches. From melee juggernauts to sneaky snipers – along with invisible ninjas and even a TNT-loving cactus – all characters have their own strengths and weaknesses. Knowing how to use them in coordinated combat is the only way to stay alive! 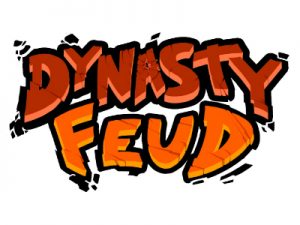 Available on Steam and the PlayStation Store, Dynasty Feud has been featured in a number of outlets – including We Got This Covered, GameSkinny, GamersHell, Hey Poor Player, Hardcore Gamer, and Gamereactor.