So you’re nearing launch and now need to start thinking about a trailer. You know the drill: Without video, there’s a good chance the press will ignore the game. (Most websites and blogs lead with video, which they can also share on their YouTube channels.) Check out the infographic below for 10 tips for great game trailers 🙂 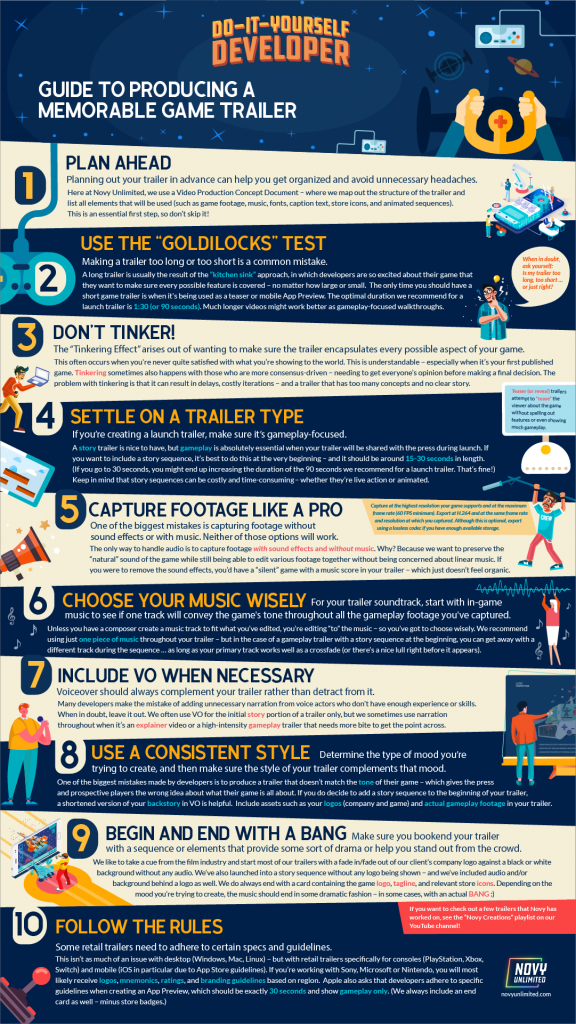 If you want to check out a few trailers that Novy has worked on, see the “Novy Creations” playlist on our YouTube channel!